“‘It’s great to have a Nepali view of climbing, told from a woman’s perspective, not just a film about a woman.” –Banff World Tour Selection Committee

It is an honor to share the news that Dream Mountain was selected for the 2021/22 Banff Centre Mountain Film Festival World Tour. The in-person and virtual World Tour will travel for three years to 40 countries with the potential of over 1,000 screenings world-wide. 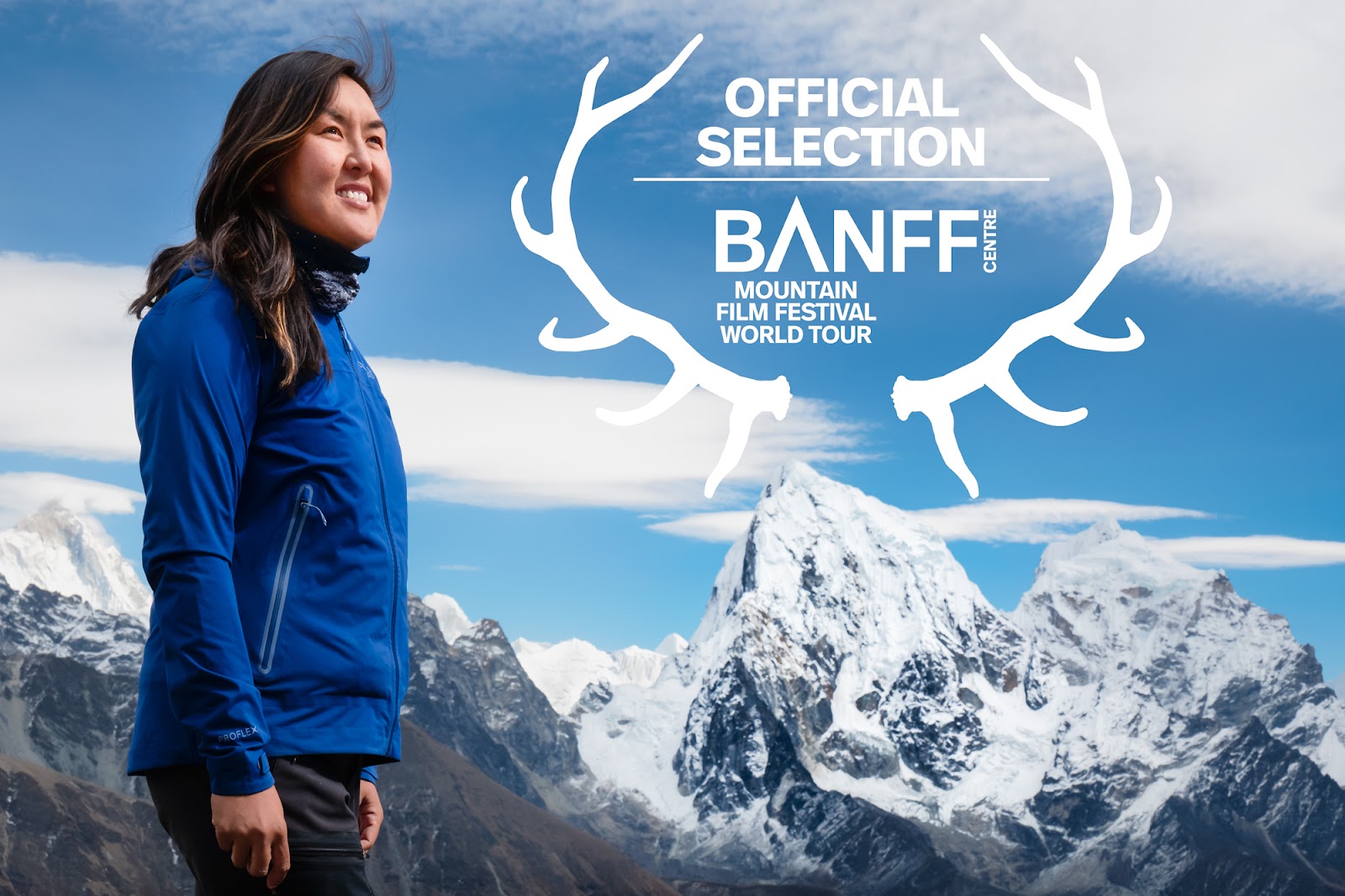 “This life is beautiful and we only get this opportunity to live once, so we should live our life the way we want –
and all of us women have a right to live our dream. Keep dreaming.” –Pasang Lhamu Sherpa Akita, Principle Character, Dream Mountain

Pasang Lhamu Sherpa Akita, an accomplished mountaineer, humanitarian and now mother, has won numerous prestigious awards including National Geographic’s People’s Choice Adventurer of the Year in 2016. In Dream Mountain, Pasang reflects on her personal highs and lows and rediscovers for herself just how much the mountains have meant to her. The film offers insights into her struggle to balance mountaineering with motherhood, and the pressures of respecting her traditional culture while pushing boundaries as an elite female athlete. Returning to her mountain home and life-long passion, Pasang leads by force of inspiration. 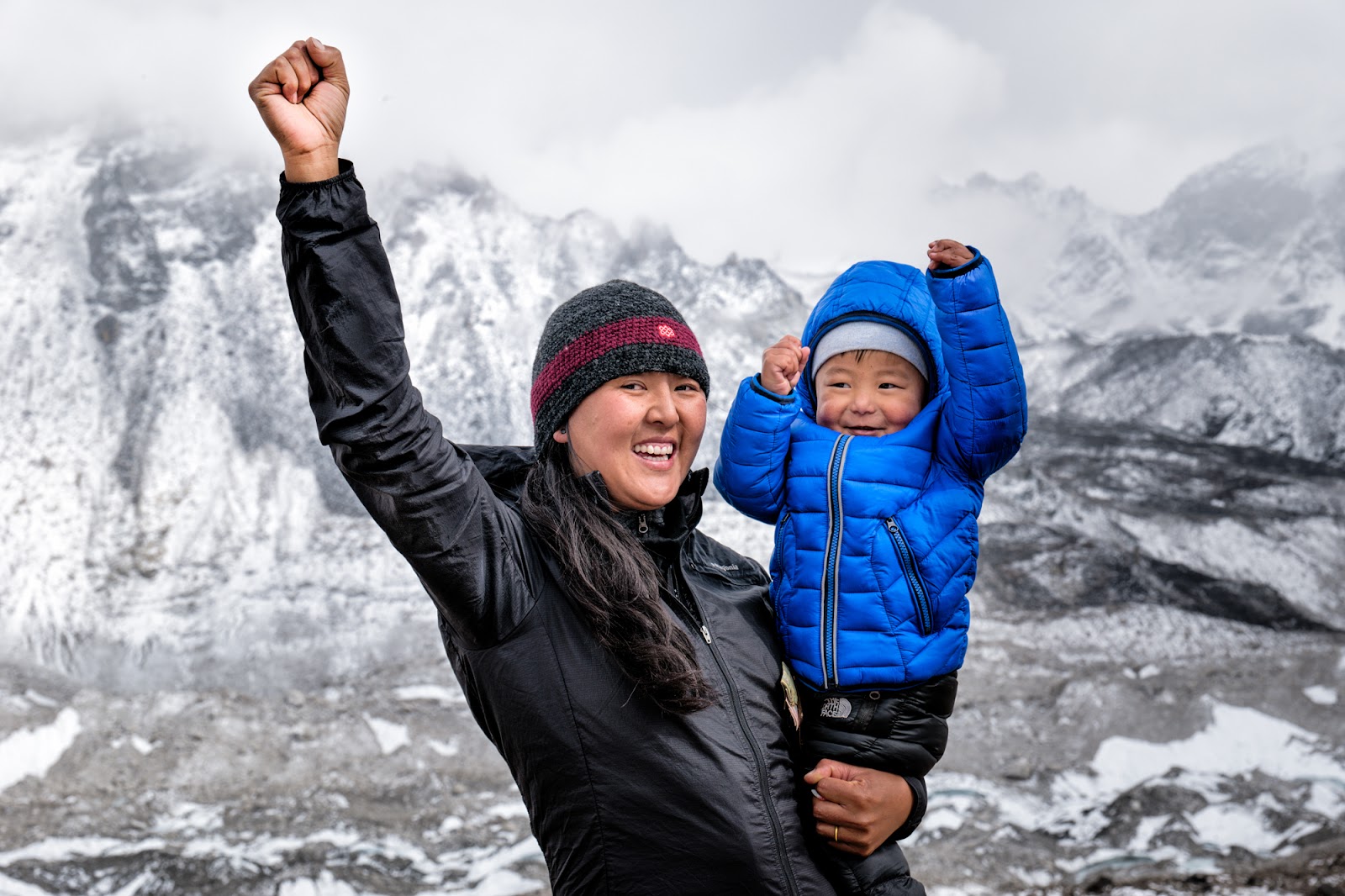 “The dream of Dream Mountain has come true with the Banff Mountain Film Festival World Tour. Our original intention was to shed light on inspiration in a world that regularly discourages and limits girls and women at all stages – from hopefuls to elite professionals. We wanted to share Pasang’s heartfelt story in a way that integrates and encourages people and transcends boundaries of all types. Our deepest thanks to Banff World Tour for this international opportunity! –Cira Crowell, Executive Producer, Dream Mountain

In 1986, Banff Centre Mountain Film Festival began an outreach program to bring the festival to other communities. Banff’s Festival organizers wanted to share the efforts and talents of the world’s finest mountain filmmakers with a larger audience. Like the first festival in Banff, the tour began small: three cities across Canada. Today, the Banff Centre Mountain Film Festival World Tour brings mountain films to thousands of people who cannot make the annual trek to the Canadian Rockies. Specific World Tour showing dates and locations for Dream Mountain are currently being finalized and we will announce them in detail soon.

“Dream Mountain’s inclusion in the Banff Film Festival World Tour puts Pasang Lhamu Sherpa Akita’s message in the spotlight on the world stage. This film will now inspire women around the world to pursue their dreams in the mountains and beyond.” –Alpinist Magazine

Teaching: “The Language of Black and White” Santa Fe Workshops

Teaching at Santa Fe Workshops – Together At Last!

🔴JOIN US: #STAYHOMEWITHLEICA Interview with LeicaStoreLA + Cira Crowell May 9, 2020 at 2:00pm Pacific

POSTPONED: The Language Of Black And White (re-scheduled online)

Photography Is For Life…

LEICA + GEAR PATROL Interview: How One Photographer Finds Her Light…

SPOKEN – Teaching the Language of Black and White

Back to Work: Everest Again!

IBU Movement – Nothing Is Impossible

In Light of Everest

A Deep Bow to Japan

Leica, A Way of Life

Lost in the Right Place

The Soul of Khumbu

Surprise! The Ganges By Night

Gift of a Lens…

Surprise! The Ganges By Night…

The Layering Of Experience

Video: The Story Behind Beautiful Resilience

In Light of Being

Light in the Darkness

Signing the Proofs of Beautiful Resilience

Setting Up The Show at Tibet House US

108 Visions: Ladakh During the Kalachakra

Let There Be Light… And Leica